Which belt is right for you?

There comes a point in every lifter’s life where they begin to wonder when they should get a belt and subsequently, which belt should they should choose. I’ve have a couple of belts over the years and here is my humble opinion.

First off, I would recommend getting a belt whenever you feel like it. There is no research backed data* out there to indicate that wearing a lifting belt whilst lifting will create a weak spine/core/back/abs or reduce one’s ability to brace. You can have a strong or weak mid section, regardless of if you wear a belt or not. A belt has absolutely NO impact on core strength development.* (What is the core even?) I am 99.99999% certain that when I wear a belt and perform a squat, my core is no relaxed by any definition.

One simple and totally non-scientific argument for wearing belt would include the fact that someone who wears a belt to squat a relatively heavy weight (i.e., almost any powerlifter ever) would have to have the core strength to support that weight. If a person could only squat 135lb for a 1000% exertion level one rep max and you gave that person best lifting belt in the world, they wouldn’t be able to magically squat 225lb.

Approaching this argument from the other side, somebody who can squat 600lbs with a belt would surely be able to squat at least 500lbs without a belt and most likely more. My argument would continue with the point that that person would have a relatively strong core. Simply squatting heavy weights builds the core strength needed as the weight on the bar increases. The circle of logic would be: you can’t build a heavy squat with a core that can’t support a heavy squat. If your midsection is too weak to support the relative to the weight on the bar, you would fail the squat. As your belted squat numbers goes up, surely your unbelted squat numbers would rise as well. I doubt there is a lifter out there who could successfully squat 600lbs with a belt that would be unable to squat 135lbs without a belt, it just doesn’t sound logical.

So, if you don’t agree with this, then keep on lifting without a belt, it’s a free world. For those that want to get a belt and are unsure of what to buy here is a run down of the basic types of belts and what I would recommend.

One last thing before I continue, wearing a belt DOES NOT protect the back from injury.

This is the probably the most common belt seen at any commercial gym and is found at most department stores. These use velcro and a roller buckle for security. Most of the time it will taper towards the front, since they are marketed as ‘back support’ to the masses. I used one of these for the better part of five years, before I started powerlifting. I still use it today for certain lifts, anytime I do Olympic movements as there is no big buckle at the front. Having a flat front profile means nothing gets in the way on a clean. These are also good for barbell rows as the barbell doesn’t have a buckle to hit.

If you wanted to go this route, I would suggest staying away from the cheap brands and steer towards a proper Olympic Nylon lifting belt, like this one from Rogue.

Leather belts come in a variety of styles and are made by many manufacturers. For the most part, you get what you pay for. Generally starting at around the $120 range for a basic belt, for those that would like customization, in the form of embroidery, pictures, colors, stitching the price can easily climb to over $250. For anyone wishing to compete the standard thicknesses are either 10mm or 13mm. I would stick to one of these, even if you don’t plan on competing, it’s the ‘standard’ issue belt, that doesn’t need to be steered away from for any real reason. There’ll be more options to choose from, more availability and on the 0.00001% chance you decide to compete, you don’t need to buy another belt

I would also recommend leather from a quality manufacturer, because they are really nice to wear. They will probably outlast your lifting career and can be passed down to the next generation.

I went with the 10mm belt from Titan Support Systems with a lever buckle system. I read about the ease of unbuckling and buckling of the lever buckle and was convinced to get one.

Definitely a step up from the cheap nylon belt variety, this belt could be the only belt you would ever need. However, after a few months of use, I am already looking at getting a different belt. The biggest problem for my usage, has been the weight gain/loss I’ve experienced over the last few months. I started at 190 at approximately 34″ waist, went down to 185lb with a 32-33″ waist, and am currently at 205lb with a 36″ waist. The problem here is that to adjust the belt, I have to unscrew two screws  on the lever and make inch adjustments in or out till it’s comfortable. #FirstWorldProblem, this is such a small annoyance, but it is an annoyance. However, for someone that doesn’t change weight as quickly as I have, then this would be a great option. Being able to buckle in and out really quickly is convenient and makes using the belt a breeze.

The belt I am looking forward to buying to replace the Lever belt, is the new Pioneer Belts, ‘Pioneer Cut’ belt, which is a single prong belt that has half inch adjustments to allow for even more accurate fitting. The idea of being able to adjust the tightness of the belt in between each day or even each set/exercise sounds great. As I am discovering, a squat requires a different position and tightness than a deadlift and that’s different to an overhead press. However, having a lever belt, I am using a medium between all of my lifts.

Since I haven’t actually used a lever belt yet, here is my speculative pros and cons list:

There are a couple of my thoughts on belts. The question shouldn’t be if you should buy one, rather which one should you buy.

There are many belts being made by quality craftsman, being based in USA, I like to stick to local made products such as Titan Support or Pioneer General Leathercraft, from the reviews I’ve read they have some amazing customer support and I have no manufacturing complaints about my Longhorn Lever Belt. I would recommend waiting and saving for a good solid handmade leather belt rather than getting a mass produced one. Quality leather will last a lifetime and then some.

*Totally unsubstantiated claim. If I am wrong, please comment below with the research paper/study/evidence that I am wrong. 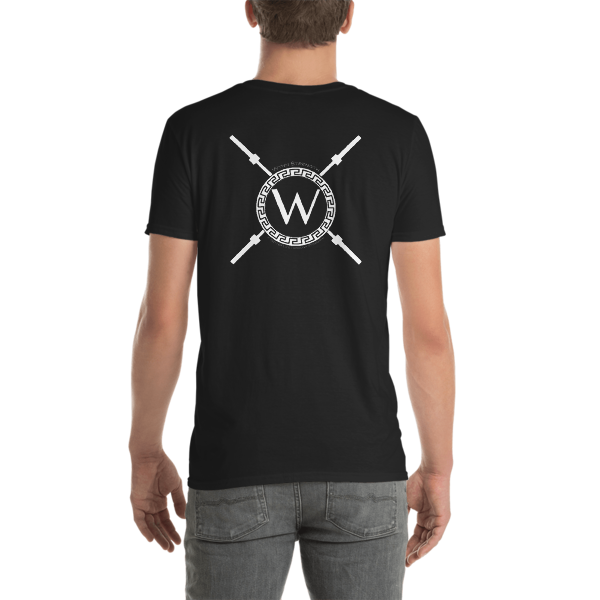